The lob in tennis is a high shot aimed over your opponent. The intent is to place the ball deep in their court and out of their reach. One common use of the lob is to surprise your opponent while they are up at the net. Another use is on very wide shots to allow yourself enough time to get back into position.

The technique for the lob shot varies depending on whether topspin is used or backspin is used. Either type of spin can be used for offensive or defensive positioning. Generally speaking, the topspin lob is a more aggressive type of shot. It allows for greater power. The topspin will cause the ball to drop and bounce more aggressively towards the baseline. A backspin lob if positioned well can also be used as an offensive shot. However, the ball will tend to bounce back towards the court allowing your opponent more time to recover.

What determines whether a lob is offensive or defensive is the intent of the shot. When you place the shot over your opponent’s head in an attempt to hit a winner, it’s an offensive play. If on the other hand, you use the lob on a very wide shot to give yourself a chance to get back into the play, this would be considered a defensive shot.

Two things both the topspin lob and the backspin lob shot have in common is the positioning of the racket. You want to start with the racket head lower than the handle. This will help give you the upward lift you need on the ball.

The second aspect that both types of lobs have in common is the trajectory of swing. In both cases, the trajectory is more of a low-to-high motion than other groundstrokes. You want to swing up rather than forward and the follow-through is also upward rather than across your body.

An additional factor is the speed of the stroke. A topspin lob will warrant a faster swing and greater pace on the shot, while a backspin lob will require less pace to execute.

For the backspin lob, a continental grip works well as it allows you to angle the racket head more easily facing up. On the other hand, the eastern forehand, semi-western forehand, or eastern backhand grips work well for topspin lobs.

If you normally hit a more extreme grip such as the western forehand grip or semi-western backhand grip, you can use those as well for topspin lobs. For more information on these grips, see the article on how to grip a tennis racket.

For the backspin lob shot to work, you need to position the head of the racket facing up towards the sky, at about a 45-degree angle. Starting with the racket head low, push the racket forward and swing up on the follow-through.

You want to make sure you hit the ball high enough so that your opponent can’t reach it. The shot can be used to lob over a player’s head when they are up at the net. Another common use of the backspin lob is during wide shots that require that extra stretch to reach.

4. Pivot Your Feet Towards the Oncoming Ball Once you determine whether the shot is coming towards your forehand side or backhand side you want to pivot your feet towards the side of the oncoming ball. Bend your knees to get low on the ball as you perform the stroke.

On the forehand lob, you want to step forward with the leg of your non-hitting hand. For right-handed players, you would set your weight on the left leg.

For the backhand lob, you would step forward and put your weight on the leg that is on the same side as the hitting arm. A right-handed player would step with their right leg to execute the shot.

5. Use Your Non-Hitting Hand for Balance

You want to then get the racket under the ball with your body leaning slightly back. Be sure to hit the ball high enough so that it’s out of reach of your opponent. You want to avoid them hitting an overhead smash shot on the return.

At the same time, you want to make sure you do not hit it so high or too far forward that the ball lands out of play. Ideally, you want the lob shot to land just inside the baseline.

At the same time, you want to be careful not to under-hit the ball. Doing so will give your opponent an opportunity to get back and possibly counter with an overhead smash shot or a powerful groundstroke winner past you.

Remember that the upward trajectory of the swing is one of the determining factors of lob effectiveness. You may not need to swing up as much on a defensive lob hit with backspin, but you should nonetheless use a low to high follow through when finishing off the stroke.

The topspin lob takes a bit more practice to perfect. It can be a more powerful shot, however, since it will drop more sharply on the way down and bounce more aggressively towards the baseline after landing.

This will make it much more difficult for your opponent to return the shot. Topspin lobs work well when taken close to the baseline. In theory, however, they can be performed anywhere on the court.

One thing to note is that the topspin lob tends to be a lower percentage shot than the backspin lob. While the pros use it strategically during a match, the average recreational club player, particularly the beginner, will likely struggle to execute the shot consistently.

8. Start with the Racket Head Low

Grip the racket low on the handle with your pinky and ring finger applying the most amount of pressure. You will use these fingers primarily to generate leverage on the swing. You can use your standard forehand and backhand grips to perform the forehand lob.

9. Snap the Racket Up

The motion on the topspin lob differs from the backspin lob in that you will want to brush up on the ball with the racket head in a more perpendicular position relative to the ground. Follow through in an upward trajectory.

By snapping the racket up quickly you can add both more height on the ball and greater amounts of topspin. This will allow you to hit the topspin lob with more power while preventing it from sailing long.

The follow-through should end up high above your head, rather than across your body. This will increase both the upward trajectory and give the shot a greater degree of topspin. This is precisely what you want.

After executing either the topspin or backspin lob, you will want to plan your next steps. You have the option of advancing up to the net, particularly on an offensive lob shot, in the hopes of being able to finish off the next point with a volley.

If the lob is more defensive in nature because you were caught out of position or stretched too far along the court, you will most likely just want to recover your positioning and live to play another shot where you can then hopefully set yourself up for a better shot.

While the lob is not a shot you will use extensively during a match, it can be very effective in either catching your opponent off-guard or in buying you some additional time when required. If you play doubles regularly, expect to see the shot used more often, particularly in situations where both players are up at the net.

The main thing you want to avoid when placing your lob shots is making your lob shallow. If you do so, your opponent will have an opportunity to hit a smash shot off your lob, giving them an offensive edge.

Instead, you want to place the ball deep in your opponent’s court and force them to retreat. If you can, go for a crosscourt lob and/or place the ball towards either corner of the court. This not only makes it more difficult for them to return but gives you the extra distance to avoid hitting the shot long.

Another tip, when playing outdoors, is to keep a mental note of the sun’s location. The lob can be even more effective if you place the shot so that your opponent has to look up into the sun to defend the shot.

If you place your shot well – that is deep into your opponent’s side – and they are forced to retreat, you should aim to take the offensive and move up to the net yourself. If you hit the lob shallow, you are better off staying back at the baseline in order to have a better chance of returning your opponent’s overhead smash shot.

Ideally, you don’t want to tip off your opponent that you are going to lob. This way they’ll have less time to react. Try to disguise the shot as either a forehand or backhand shot by setting up the way you normally would for each of those shots.

You want your initial positioning, including how you hold the racket and initiate your stroke to resemble your typical groundstrokes as much as possible. This will reduce your opponent’s effectiveness at the net.

If your opponent doesn’t know you intend to lob until the very last second they will need to hold their position and, only once the lob is apparent, begin to react to it. This increases the likelihood that you will catch them off guard and make them have to retreat back.

To conceal your lob, turn your front shoulder and use an identical backswing to what you would use for your forehand or backhand. This also means running to the ball with the racket head up and already back.

The lob is the one shot in tennis that can pull you out of a hole when you have few other options. It allows you to buy time and get back in position after scrambling to make a play. At the same time, it disrupts the rhythm of your opponent.

A lob can also be used as a tactical weapon. It forces your opponent to back up from the net and to retreat back to the baseline. Alternatively, the lob forces them to have to stretch up to hit an overhead shot, though your goal should always be to clear the ball over your opponent.

While players often have a tendency to look down on those who lob excessively, the truth is it can be a very effective tool. If used at the right time and placed correctly, the lob is a powerful offensive or defensive weapon.

The best way to learn to lob is to practice it regularly. You can have a hitting partner feed you balls, down the middle, and to either side in order to practice both your forehand and backhand lobs and to expose you to having to hit the shot from various angles.

Hitting a lob shot on the move is more difficult than standing still. So is hitting a lob on your backhand side. For this reason, it’s always good to have your hitting partner vary the ball placement from side to side rather than always feeding the ball down the middle.

While practicing the lob under less pressure is a great way to improve your shot, you will also want to practice the shot before a match. In addition to hitting groundstrokes and serves during the warmup, practice a few lobs to get more comfortable with the feel and placement. 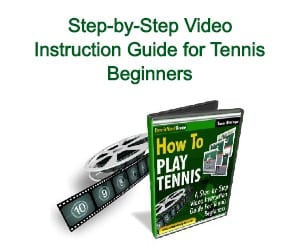